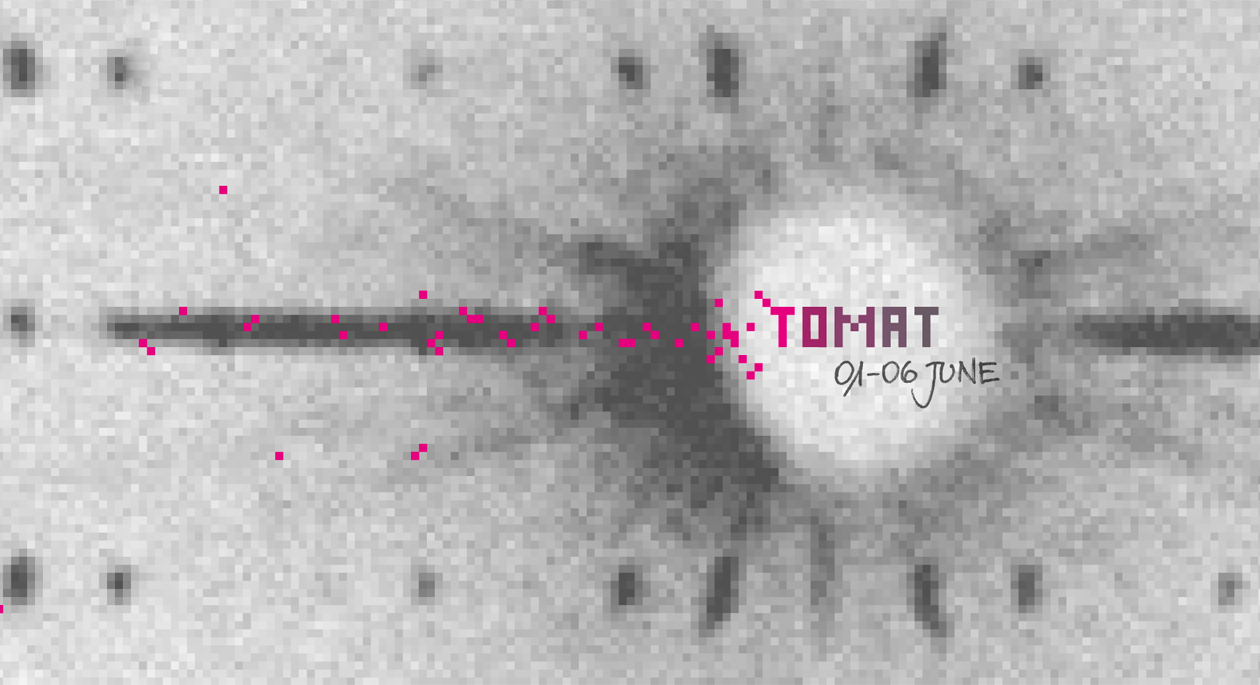 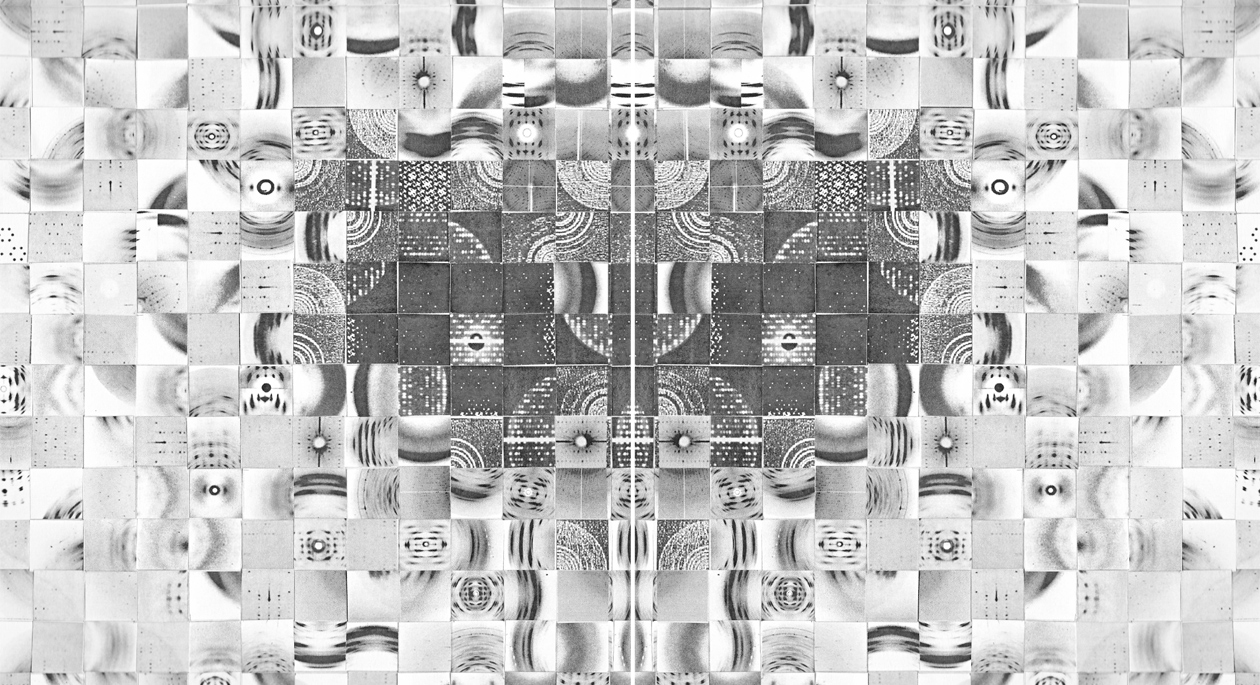 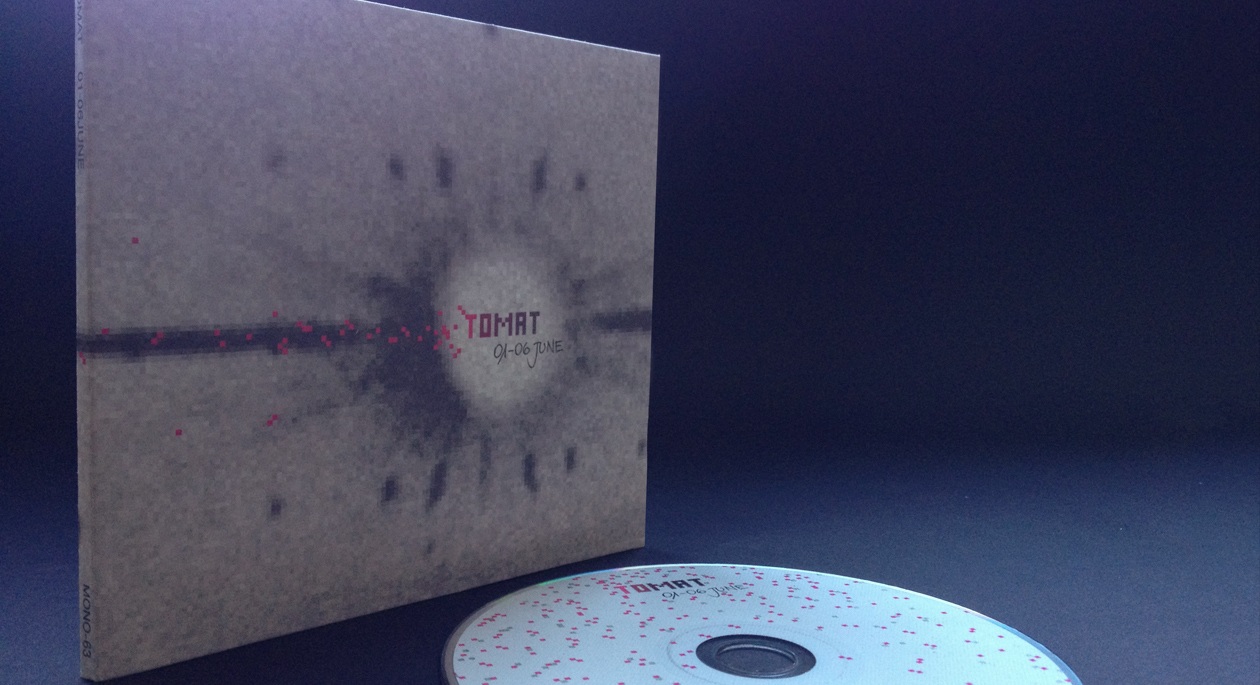 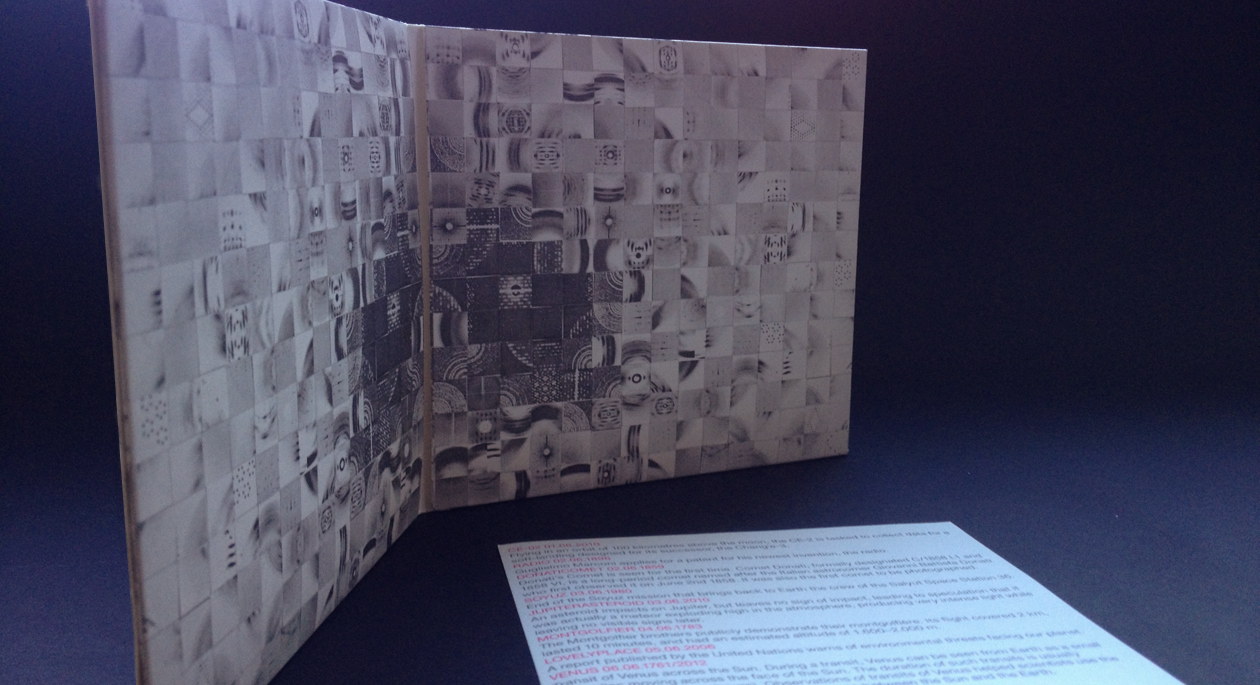 “This record came to life in 6 days from the 1st to the 6th of June 2010.
Each song is matched to an historical event that happened between the 1st and the 6th of June during human history. I did a solo real time improvisation session for 6 days in my studio, recording each session in multi-track recordings, using only my voice, an analog monophonic sythesizer and a guitar through effects, loopers, computer and samplers, creating layers over layers of voices, sythesizers and guitar. No over dubs.
After 6 days of improvisation and 7 hours of music, on the 7th of June I started listening to all the music, isolating different tracks… at the end I had 36 different tracks.
I thought about the idea that something that had happened in these 6 days in human history may have inspired me while I was putting out this music and these emotions. So I did some research about the events that happened in the past between the 1st and the 6th of June and I matched each track to a different event. I tried to mach things and emotions that could be compatible, emotions that somehow inspired me in creating this music.
I isolated 21 tracks to work on and then after some edits I mixed 11 songs and I mastered them on the 7th of September 2011. This record is made 90% by vocals and 10% by an analog monofonic sythesizer and a guitar. It’s a drony experimental record that evokes sonic landscapes.”

Recorded by Davide Tomat @ Superbudda Studio in a real time solo improvisation session with voice, one anolog monophonic sythesizer and a guitar through effects, loopers, computer and samplers from the 1st June to the 6th June 2010 (Turin).

RADIO – 02.06.1896
Guglielmo Marconi applies for a patent for his newest invention, the radio.

DONATI COMET – 02.06.1858
Donati’s Comet has been seen for the first time.
Comet Donati, formally designated C/1858 L1 and 1858 VI, is a long-period comet named after the Italian astronomer Giovanni Battista Donati who first observed it on June 2, 1858. After the Great Comet of 1811, it was the most brilliant comet that appeared in the 19th century. It was also the first comet to be photographed.

JUPITERASTEROID – 03.06.2010
An asteroid impact on Jupiter. The absence of detection of signs of the impact allows us to suppose that it was a meteor, a small object exploded high in the atmosphere, which produced very intense light output, while not leaving any visible signs later.

LOVELYPLACE – 05.06.2006
A report Published by the United Nations warns of environmental threats facing our planet.

VENUS – 06.06.1761-2012
Transit of Venus across the sun.
It takes place when the planet Venus passes directly between the Sun and Earth, obscuring a small portion of the solar disk. During a transit, Venus can be seen from Earth as a small black disk moving across the face of the Sun. The duration of such transits is usually measured in hours (six hours). A transit is similar to a solar eclipse by the Moon. While the diameter of Venus is almost 4 times that of the Moon, Venus appears smaller, and travels more slowly across the face of the Sun, because it is much farther away from Earth. Observations of transits of Venus helped scientists use the principle of parallax to calculate the distance between the Sun and the Earth.

SOYUZ11 – 06.06.1971
Launch of Soyuz 11, the first manned mission to arrive at the world’s first space station, Salyut 1. The mission arrived at the space station on June 7, 1971 and departed on June30, 1971. The mission ended in disaster when the crew capsule depressurized during preparations for re-entry, killing the three-man crew. This accident resulted in the only human deaths to occur in space (as opposed to high atmosphere). The crew members aboard Soyuz 11 were Vladislav Volkov, Georgi Dobrovolski and Viktor Patsayev.

TITAN – 06.06.2010
NASA scientists discover that Titan, one of Saturn’s moons, has the necessary atmosphere to support life. (USA Today)